With the National League pretty much locked up, the American League offers the most exciting baseball in these last 9/10 games. The Yankees play the Rays 7 times in their last 10 and we can’t forget about the Angels, they could possibly win the Wild Card or even the West if the Rangers have a downfall. Either way you slice it, the AL playoff chase is going to be more exciting than that squirrel who can ride on water skis.

Angels could fall in here somewhere if they can make an epic run. 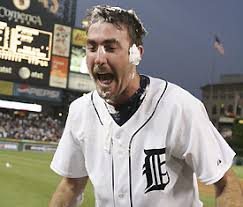 Detroit (96-66) – Since Detroit has already locked up the Central, lets take a look at them first since they aren’t going anywhere! However, their record will determine who they play and where they play in the playoffs. The Tigers BY FAR have the easiest last 10 games of any team. They face two with KC (67 – 87) on the road and home stands with the O’s (63-89) and the Indians (75-75). All three of these teams will finish below .500, two of which will be by 20 or more games. Expect Detroit to take 7 of 9 even though I feel they are crap without the probable AL Cy Young winner, Verlander. Come on man, these teams they are facing are a JOOOOOKKKEEEE!!!

New York (98-64) and Tampa Bay (89-73) – These teams need to be looked at head to head if we can make any sense of the Wild Card race. The AL East is not even in question considering Boston and TB are 5.5 and 7 games back, respectively. Head to Head this season, NY is 3-3 away and 3-2 at home vs TB. Looking at the stats, these teams are in a dead heat when it comes to match-ups. It is going to come down to what team shows up on what day, however, Shields and Sabathia give each team the best shot to win. I’m going conservative here and say NY goes 4-3 in their final 7 meetings.

The NY/Boston games are a little different. In all, Boston has gone 11-4 against NY this year, including 2 sweeps in a hostile Yankee Stadium. Even though Boston is a little banged up and down and out, I expect them to finish strong and take 2 of 3 from the Yanks.

Tampa Bay’s other 3 final games are against Toronto. This series is smack dab in the middle of the Yank series so I expect Shields and Price to not pitch these games. Toronto can be a spoiler and take 2 of 3 from the Rays. 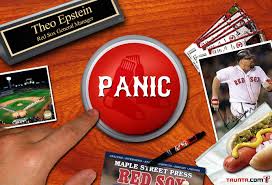 e SUCKED so much ass in the month of September it is absurd. In this month, their record is a dismal 4 and 14. I have not seen a similar collapse since the Mets blew a 7 game lead in 2007 to the Phils (yeah babbbbby!). If Boston can tie their shoes tight and put their red sox on the correct way, they can squeak out a Wild Card victory. It also helps they get two lucky breaks to finish out the season as well:

2.) The Yanks and Rays should split wins and beat up on each other.

It’s hard for me to choke out, but Boston is better than they have been playing. If they can play like they are capable, I see them taking 4 of 6 from Baltimore and 2 of 3 from the Yanks. Look for Gonzalez and Ellsbury to step it up and show both their MVP prowess.

*If the Rays pan out as predicted, Boston would need 3 less wins than mentioned above to take the Wild Card.

Texas (93-69) and Los Angeles Angels (88-74) – LA has a slim to none chance on winning the West and nothing short of a miracle will do it. However, miracles do happen and winning the West is still a possibility. If Texas looses each of their last series, that would put them at (91-71). The Angels would need to win 8 of their last 10 to even tie thatrecord. If this did happen, then a playoff between the two squads would have to happen. Expect Texas to win at least half of their final games and LA to do the same. TEXAS wins the West.

Soooooo……where the hell does all this blah blah blah and jib jab leave in the end?

*Boston wins the wild card due to the fact they have been there before, and there are a lot of veterans on that squad but if    they do not take a breathe, expect to see Tampa in the first round. Yeahhhhh, I cannot wait for their 10 fans to show up to that one. 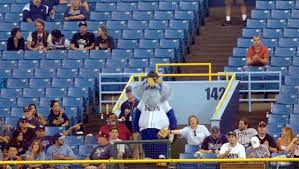 More analysis coming soon once the teams are locked in their spots! Stay tuned!

Follow Team Voodoo
Mike Angelina @MikeAngelina 1.0905627536783 year ago
@MongoGoesInsane @UpstateCourier so you want the Yankees to have to play better teams more times just to make it mo… https://t.co/8LSt98ojAF
CJ Sullivan @CJSullivan_ 4 days ago
I mean, Lady B thru Z is available.
20
Darren DeGaetano @DarrenDegaetano 2 hours ago
RT @TimAlberta: No one tweet can capture the intellectual decline of the American right, but this one comes close.
1.4K
Mike Procopio @mikeprocopio 13 days ago
@WayneParryAC This is banana land. How much longer does the no indoor-dining go on for? I'm supposed to be down J… https://t.co/tYqA6rXyC2
Mike Procopio @mikeprocopio 15 days ago
@ShiriSpear Insane, I’ve yet to see a drop of rain in Saugus!
CJ Sullivan @CJSullivan_ 4 days ago
@theeclarkjones Best part was, I had to bring a player with me to get my ride released, because I was "riding dirty… https://t.co/rup8X8qJjJ
2
Darren DeGaetano @DarrenDegaetano 2 hours ago
Week 1 of 2 softball camp weeks started today. I cannot express enough how amazing I feel watching my daughter pla… https://t.co/lK5BCo6nb8
3
Mike Procopio @mikeprocopio 15 days ago
Panthers former QB to Pats Pats former QB to bucs Bucs former QB to Saints Saints former QB to Panthers Welcome to 2020
5
Darren DeGaetano @DarrenDegaetano 1 hour ago
@ForzaCorrado @ThatEricAlper Yes. Yes. Yes. 1000x, times yes, my friend.
CJ Sullivan @CJSullivan_ 2 days ago
Well, this is it. I can either abandon Twitter now, or find out what this cake shit is about and be stuck on this hamster wheel forever.
2