Well, the team to beat this year has been beaten. It was a disappointing evening in South Philadelphia Friday night, believe me, I was there. All I could do was walk out with a somber look on my face and keep to myself. A lot of others that night did not handle the loss in the same fashion. On the way down the ramp I saw some cursing to themselves, breaking things in the parking lot, raging like there was no tomorrow and taking their aggressions out on others by screaming and trying to be tough and fight. To top it off, K Lot sm

elled of urine and trash from all the debauchery that takes place before a game…GROSS shit, literally.

Philadelphia is passionate about their sports and I love it. That is what makes the games and the atmosphere in south Philly so exciting! On the other hand, when things like this happen people are so quick to want to jump off a ledge. Calm down people, it’s just a game. The better team during those 5 games won, it’s as simple as that. Of course we could have done 1,000 things better, but I am not going to even mention a one. We all know what they are. Sports talk after a loss is called for but some of these assholes calling in have no clue as to what baseball is, let alone on what the Phils shoulda, woulda, coulda done…..it’s down right annoying. It actually grinds my gears more than the loss itself.

What’s done is done, so lets look at some positives ahead:

– We all get to enjoy our October without having to be glued to the TV or going to the bar and adjusting our schedules around a game. Our wallets are already smiling too. Now get out there and live i

– The Flyers are 2 – 0 and have recorded their first shut out since before LAST season. This team looks promising, especially since they disposed of all their late night partying, drunkin’ asshole riff-Raff. With Couturier, Briere, Hartnell, Van Riemsdyk, Timonen, Pronger and JAGR (what?! Jagr is starting off beast like kids!), this team could do big things, especially as the underdogs – which in my mind is the best spot to be in. Do not forget the WINTER CLASSIC – gonna be intense, especially at CBP. So, hope to see ya down there – season tickets, 223. I’ll buy ya a beer…

– If the Birds keep sucking, REID will hopefully, FINALLY be outta Philly for good. 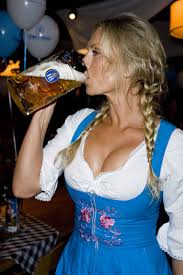 Follow Team Voodoo
CJ Sullivan @CJSullivan_ 6 hours ago
We love murder so much, that Dr. Oz has to do a true crime episode every week to stay on the air. He's a heart surg… https://t.co/78vwnYHWM6
4
Mike Procopio @mikeprocopio 12 hours ago
@MikeGiardi @MarkDanielsPJ https://t.co/0eW0UCwikK
Darren DeGaetano @DarrenDegaetano 14 hours ago
It doesn't get any better nor funnier in life than this 90 minutes. @jhundz @normmacdonald @artiequitter https://t.co/dAQlgcEf0L
3
Mike Procopio @mikeprocopio 11 hours ago
@jerrythornton1 Love this, but probably had something to do with him and LH being right outside of campus this week
CJ Sullivan @CJSullivan_ 1 day ago
Come to hot show tonight at Roosevelt Hotel, with good looking people looking good. I'm not as good looking, but I… https://t.co/TWdgWetup4
1
Darren DeGaetano @DarrenDegaetano 1 hour ago
@mikeprocopio @ByJayKing Great piece. Relative? Namesake, perhaps?
Mike Procopio @mikeprocopio 3 hours ago
Amazing piece by @ByJayKing . https://t.co/NcWrJSTR3p
Mike Angelina @MikeAngelina 259 days ago
@MongoGoesInsane @UpstateCourier so you want the Yankees to have to play better teams more times just to make it mo… https://t.co/8LSt98ojAF
CJ Sullivan @CJSullivan_ 3 days ago
I feel part of being the bigger person when apologising is not announcing that you are being the bigger person.
4
Darren DeGaetano @DarrenDegaetano 4 hours ago
@TheFakeAnthony https://t.co/25zVOllJcP